The 44-Leaf Clover is an odd clover that is 11 times luckier than a four-leaf clover. Whoever is in possession of it will be granted magical powers. It is known as an ancient Odd Squad artifact.

There was an ancient battle between villains and Odd Squad agents for who would be in control of it. Odd Squad won the battle, and Orla was tasked to guard it.

Many years later, The Big O announced to the press that the clover was "not real". However, the artifact was soon found by Opal, Omar, and Oswald, and due to their efforts, the clover was found to be real after all. Once found, it was taken back to one of the Big O's offices and placed in a bag, which was then taken to a secure vault. 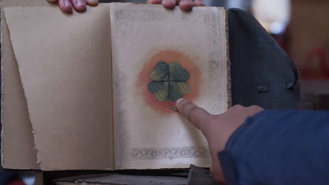 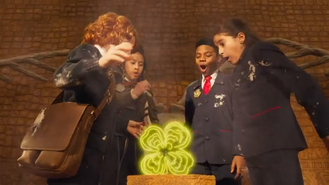 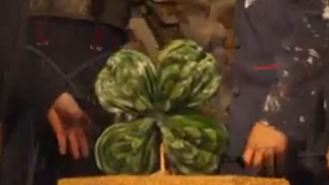 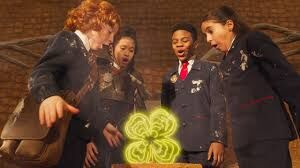