Agent Orchid is an agent at Odd Squad Precinct 13579. She is portrayed by Michela Luci.

Orchid is one of the considerably younger agents in Odd Squad; however, over time, she becomes older and less aggressive.

Orchid is pathologically confrontational, stubborn, self-centered, manipulative, and obnoxious; when she doesn't get her way, she pulls out her trademark scowl.

She often does the opposite of what she is asked to do, which sometimes leaves her open to being manipulated by reverse psychology.

She becomes partnered with Agent Ohlm in Season 2.

Olive is a former co-worker of Orchid. Olive is frequently called "Sherman" by Orchid (one of Orchid's bizarre quirks is that she calls almost everyone "Sherman"--even girls!). Olive and her partner, Otto, are often given a hard time by Orchid; Olive, however, pays her no mind.

In "Switch Your Partner Round and Round", we see what it would've been like if Orchid had been partners with Olive via the What-It-Would-Have-Been-Like-Inator gadget. Orchid shows no regard for Olive's desire to work as a team--almost as if Orchid harbors a thirst for competing with her.

Otto is a former co-worker of Orchid. Orchid is often seen giving Otto and his partner, Olive, a hard time. Otto often finds himself needing something from her as seen in "The Trouble with Centigurps" and "Oscar The Couch".

In "Moustache Confidential", it is stated that Otto and Orchid have some sort of history with each other; however, what history they share is never explained in full.

In Orchid's debut, "Picture Day", she is quite helpful; she helps Otto by stalling Oscar before it is Otto's turn to get his picture taken, while he is out solving a case.

Agent Otis is a co-worker of Orchid. Orchid has shown to be very close friends with Otis. Although she enjoys taunting him in a playful way, Otis most of the time just silently ignores it. In Otis' second appearance, "Back to the Past", it appears that he has already met her. In their first encounter on the series, Orchid gives Otis a jar that sprays glitter when opened for an April Fools prank, which upsets him.

In the B-plot of that same episode, "Odd Squad Needs You", Orchid helps Otis film an Odd Squad commercial. Otis thanks Orchid, but Orchid thanks him and tells him that he gave her a front-row seat to "this trainwreck".

In "Partner Problems", Otis is forced to help Orchid and Ohlm solve a case so they stay at the Squad. Otis finds the two extremely hard to work with and annoying. When Orchid and Ohlm decide to quit the Squad and go back to the Academy, Orchid says that she's "going to miss this old face" (referring to Otis' face). However, they end up staying at the Squad.

In "Odds and Ends", Orchid is upset when Otis gets kicked off the Squad along with Ms. O and takes it out on Olympia, belittling and berating her.

Out of the four main characters from Seasons 1 and 2, Orchid appears to be the closest to Otis.

Agent Ohlm is Orchid's former partner. The two don't seem to bond like other partners at the Squad and tend to argue a lot as seen in "Partner Problems".

In Ohlm's first appearance, "O is Not For Over", when Ms. O partners Orchid with Ohlm, he introduces himself to her and tells her how to pronounce his name. Orchid just decides to call him "Sherman".

In the Season 2 finale, "Odds and Ends", Orchid becomes upset when Ohlm becomes the new Director of Precinct 13579.

Agent Obfusco is a co-worker of Orchid and close friend. The two show how much they care about each other by arguing about various things, as seen in "Moustache Confidential". 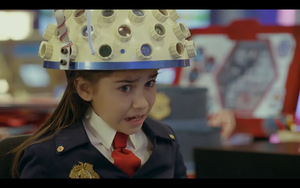 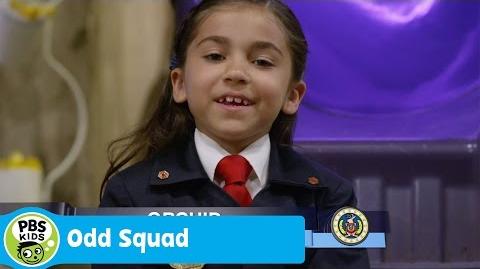