Captain Fun is the A-plot of the 28th episode of Odd Squad.

At headquarters, Olive is taking a day off. Before leaving, she gives Otto three of her phone numbers to call her, and reminds Otto that if he has a problem, he is free to see Dr. O upstairs. Otto says he will be fine and tells her to take her day off. Olive is worried that something will happen while she is gone. Otto tells her that nothing is going to happen because it's quiet in headquarters. Olive goes and says she will see Otto tomorrow.

However, after Olive leaves, Ms. O announces that she wants someone to be Captain Fun. She says that it's a simple job and explains what it is but she is interrupted by Oren and Otto and the latters say they will handle it. Ms. O says that they need to hold a vote because Otto and Oren are both competing to get the position. Otto asks what a vote is. Ms. O explains what a vote is and she proceeds to say that whoever gets more votes wins. It's also a fair way to choose a winner. Ms. O explains that Tap Dancing Tina can organize the election. Otto says he was expecting Polly Graph to come. Ms. O tells Otto that he is right but she will come when Tina is done.

Just then, Polly Graph shows up at headquarters as expected. Otto thanks her for coming. Polly Graph tells everyone that there are 31 agents in the Squad, which would result in up to 31 votes. Polly Graph decides to do it in the broom closet. Ms. O tells everyone to go. While Otto is relaxing, he meets Oksana who asks him what he is doing. Otto says he is waiting for people to vote for him. Oksana tells him that's not how he will win Captain Fun. He should walk around, shake people's hands, flip burgers, just like Oren is doing right now. Oren tells everyone he is their Captain of Fun and tells everyone to vote for him. Oksana also explains that she and Otto have had some differences but she also had more differences with Oren, and she decides to help Otto beat Oren. She tells Otto that he has to check how many votes he and Oren have, separately.

They go the broom closet where Otto is shocked to see that Oren has 111 votes. Polly says that those are tally marks, which are not numbers, but they are actually marks. Polly counts three votes for Oren. Otto asks Polly why she didn't simply put the number three. Polly says she would have to keep erasing and rewriting the number should there be another vote. Keeping track with tally marks are faster. Oren gets another vote and Polly draws another line to show Otto that Oren has four votes. Otto gets two votes from Oksana and Polly. Otto goes out to get more votes.

Otto tells O'Higgins that if she votes for him, he will say "Frozen yogurt Friday dance party." and he dances on Up, Down, Left, Right by Soundcheck. While Otto is dancing, O'Higgins tells Otto that frozen yogurt is falling on the floor and says that she loves his dancing and she gives him her vote.

Otto is asking Orchid which card she picked. Orchid says she didn't pick any card because she wanted to see her struggle, which reminds her of tying her shoelaces. Oksana suggests to Orchid that Otto would help her tie her shoelaces, he would also sharpen her pencils every day, empty her trash bin, give her lunch, and buy her a puppy. Orchid gives Otto her vote.

Otto finds out that Oren's votes are crossed out, which is great for him. However, that is wrong because the diagonal line actually represents the fifth vote of each group, giving the ability to count by fives. This indicates that he has five votes in that cluster. There are two clusters which indicates Oren has ten votes and Otto has four votes, indicating that 14 out of 31 agents have voted. This means Otto still has a chance to get more votes. Otto goes out to get more votes.

After Otto and Oren return, Polly Graph counts the number of votes, and she finds out that Otto and Oren are tied with 15 votes each. This means 30 out of 31 agents have voted, and this means there's still one person who hasn't voted and can break the tie. Otto and Oren argue about who is going to win the next vote. Polly Graph asks the agents why they want to be Captain Fun. She says that the ship doesn't float properly. Otto asks what ship she is talking about.

In Ms. O's office, Otto and Oren are shocked to see a ship full of juice boxes, which Ms. O never mentioned about. Ms. O says she was trying to tell the agents, but they would not let her finish. Olaf points out it was rude to do that. Ms. O explains that the ship takes away all her empty juice boxes for recycling and she gets new juice boxes. Oren tells Otto that he wins. Otto insists that Oren wins. Another argument breaks out between Otto and Oren about who wins. Ms. O explains that it's not up to them anymore. Whoever wins the last vote is going to have to steer the ship through some very choppy water. The only person who hasn't voted is Oscar.

Everyone goes to the lab and Otto tells Oscar not to vote for him because he is not fun. Oscar insists he is. Otto says he is not because he always takes Oscar's gadgets without signing them out, which is exactly what he is doing now. Oren says he does the same thing and also tells Oscar not to vote for him. They accidentally zap a gadget and Oscar concludes he will vote for Agent Orson based on his speech. Given that Oscar is voting for Orson, Otto and Oren are still both tied and they both win. The fun part is that they get to wear fun uniforms. They get excited and accidentally interrupt Ms. O again. They both get on the boat and says that they really have to let people finish their sentences and slide screaming. Olive, watching the screen, states that this is the last time she is taking a day off ever again. 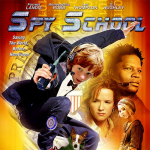 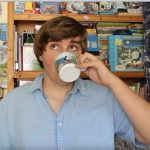 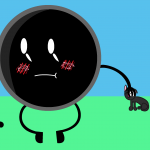