Interview with Olive is the eleventh episode of OddTube. It premiered on January 19, 2017.

Olympia starts up high and descends with each word and ends up too low at the end.

Olympia says it is Question Time in this episode and tells the viewers that they can ask her about anything, including pandas. She asks the viewers to go to pbskids.org/oddtube to ask her the questions. 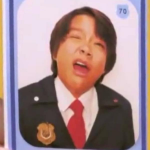