Isaac Kragten is an actor, known for Odd Squad: The Movie (2016), Odd Squad (2014) both as Otis, and Breakthrough (2019) as a secondary character, Josh. He made a cameo appearance in Anne of Green Gables: Fire and Dew. He also is known to be a very good dancer. 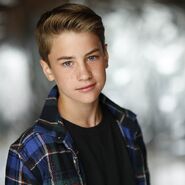 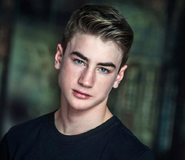 Add a photo to this gallery
Retrieved from "https://oddsquad.fandom.com/wiki/Isaac_Kragten?oldid=55856"
Community content is available under CC-BY-SA unless otherwise noted.