Actress
Millie Davis is the actress who plays Oprah. Out of everyone, she is the most constant actress throughout the entirety of the series.

Millie Davis is a Canadian actress who is best known for her roles as Ms. O in the PBS Kids series Odd Squad, Summer in the film Wonder, and Gemma Hendrix in the series Orphan Black. She was nominated for a Best Actress award as Ms. O in Odd Squad: The Movie at the 5th Canadian Screen Awards and has been co-nominated with the Odd Squad cast for four additional awards, including winning the award for "Best Young Ensemble in a TV Series" at the 2015 Joey Awards. 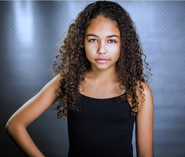 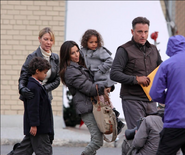