Odd Todd was a former agent at Odd Squad who was previously partnered with Olive. Soon he became bored with Odd Squad and their mission: to fight oddness and do no odd. Believing oddness made the world more interesting, he resigned and started the Todd Squad, which he tried tirelessly to get Olive to join. He was Odd Squad's number one villain and arch-nemesis and tried many times to shut the organization down. He wore a multicolored plaid suit and dark brown hair with a white stripe down the middle. He also had a white eyebrow. After Otto pretended to release the ultimate amount of oddness in an effort to scare Todd away, Todd was so frightened of oddness that he became a gardener, keeping the crazy hair, and eyebrow. His current objective: to grow the best vegetables in the country. In Odds and Ends, it is seen that Todd became a caretaker for retired villains.

In Odd Squad: World Turned Odd, he becomes the leader of Odd Squad in an alternate timeline, and gains a robot suit equipped with a helicopter rotor, allowing him to fly.

His hobbies are noted to include interrupting meetings, drumming in the shower, eating using his feet, and listening to the little band in his mouth.

Todd is suave, extremely smart. While being a villain, he was mischievous, twitchy and angry. 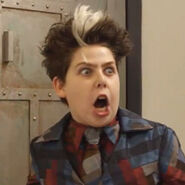 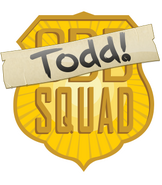 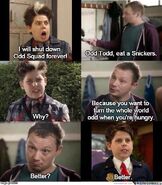 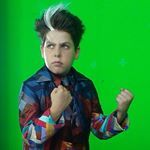 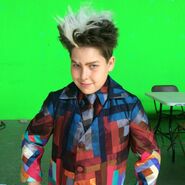