Odd Squad Wiki
Register
Don't have an account?
Sign In
Advertisement
in: Characters, Agents, The Big Office,
and 18 more

Oprah is the leader of every Odd Squad precinct in the world. She was formerly an agent of Precinct 13579, before being promoted to Director and gaining the title of Ms. O in 1983. In the Season 2 finale, she was promoted to the Big Office and gained the title and rank of The Big O.

Oprah is the boss of all Odd Squad precincts throughout the world. Although her true age is never told, she seems to never age. She has served Odd Squad for a hundred years as of Odd Squad: World Turned Odd. Until she passed a test in 1983, Oprah was once an agent. She then became the Big O at the end of Season 2 after working together with Olympia, Otis and Oona to stop Ohlm. She is constantly seen drinking juice from a juice box.

In the third season of Odd Squad it is expected that Oprah will have the least amount of appearances than the first and second. In the season 2 finale, "Odds and Ends" she has been promoted to The Big O.

Odd Squad Healthy Habits is a series of video shorts hosted by Oprah as The Big O based on the events of COVID-19 during Season 3 of Odd Squad. 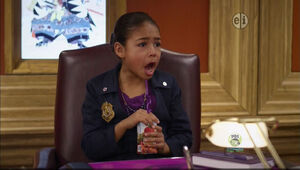 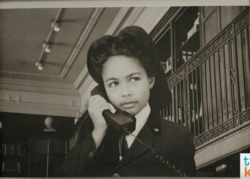