Odal used to be an assistant who worked for Oprah at Odd Squad. Now she is an agent alongside her partner Ozric. Her name used to be Olympia until she and Agent Olympia had a "name off" in the episode Other Olympia. 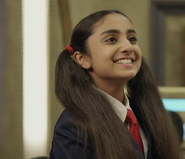 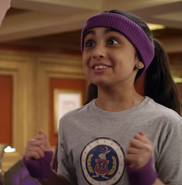