Otto was an agent at Odd Squad. His partner is Olive. He was one of the main characters and is played by Filip Geljo. However, in the episode "O is Not for Over", he became partners with Ohlm because his current partner Olive became a Ms. O. As of Season 2, he and Olive run the Squad in the next town over as Odd Squad co-Directors.

Otto was a rookie agent at Odd Squad. He has a huge obsession with food, is not very serious, and enjoys telling jokes. He is sometimes pessimistic after knowing, seeing, or hearing that something odd will happen, sometimes to him. He is also sometimes impatient in getting to the part where the case is solved. He also likes dancing, music, pizza, and especially Soundcheck.

Oren sometimes deliberately mispronounces Otto's name which insults him. For example, Oren called Otto "Ewtoo" in "Blob on the Job", "Risotto" in "Best Seats in the House", and "Ottawa" in "Switch Your Partner Round and Round".

"We solve problems differently, but we still do it together. That's what partners are for, helping each other."

"Olive we're not just partners, we're friends. Nothing will ever change that." 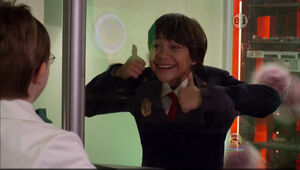 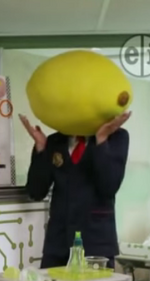